We hear the term “hero” a lot lately, and with good cause. Recent events have revealed that a great number of undetected heroes have been quietly living amongst us for a long time. We have always used that word to describe people we greatly admire, whether famous sports figures, rock stars or especially our brave men and women in uniform. But now we have learned the word can be equally applied to many other job descriptions.

First and foremost no doubt are the amazing people in the medical profession. Of course they have been heroes throughout history, just the sort that most people forget to admire as much as we should. Banting and Best, Jonas Salk, Pierre and Marie Curie, and thousands more like them have made our lives better, safer and healthier in countless ways. Now we see these brave and brilliant individuals once again risking their own lives to benefit, and no doubt save, ours.

Of course all the usual frontline workers are included amongst our heroes: police, fire and ambulance workers have always deserved veneration, never more so than now.

For me the most amazing addition to our list of heroes has been the more mundane jobs, the sort one doesn’t normally associate with danger. We have all become much more aware of grocery store employees, farmers and workers in food processing plants, which just proves how fortunate we have all been for so long.

We are in unchartered territory now. Suddenly we are faced with food shortages like we haven’t seen since the last World War, combined with the economic downturn and job losses of the Depression and a potentially fatal, virulent illness not unlike the 1918 Influenza Pandemic. Any one of these problems would be difficult enough to overcome but dealing with all of them at once is changing our way of life forever.

Every time I venture inside a grocery store now I marvel at the people stocking the shelves or ringing up my groceries. I have always been the sort who talks to clerks and employees I encounter, but now I make a point of saying thank you, and letting them know how much I appreciate their effort and risk.

The past few months have underlined just how fortunate we are to live in this country. Watching our political leaders work together in spite of their differences has been inspiring, more so because we get daily evidence of the country to our south imploding under the weight of its federal government’s unbelievable, historic incompetence. If ever we needed a reminder of the apocryphal lesson of King Canute and the tide, we are watching it unfold in real time there.

My own industry is feeling the ground shifting beneath it as well. Every day my Facebook feed is full of my friends - actors, musicians, writers, technicians, designers, comedians, and so many others - all trying to deal with the sudden disappearance of their jobs now and for the foreseeable future.

Many of them have turned to online performances and videos that are meant to brighten our cloistered lives, as well as allow them to continue creating. I have comedian friends who share their meal preparation as a daily live feed, and musicians who perform nightly concerts to entertain anyone who is watching. One friend was wondering if what he was doing really mattered, then recently received a message from someone in Buenos Aires that said, “I’m a nurse on guard for these days. Thanks for your music.” Another note from Chile read, “I wait for your concert daily, it has been your music that helps me to cope with the quarantine.”

Mister Rogers famously used to tell the story about a lesson he learned from his mother. When he was a boy and saw scary things in the news, she would tell him, “Look for the helpers. You will always find people who are helping.”

Conversely of course, we will always see the ones who are doing the exact opposite, whether protesting against their own safety and interests, or actively working to harm us all.

The best thing we can do right now is to keep looking for the helpers wherever we may find them, the ones who are actively making life better for us all, and say thanks. 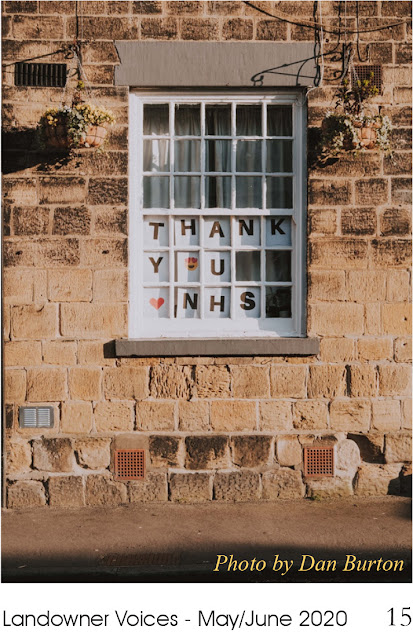 Posted by Randy Vancourt at 3:45 PM No comments:

LIFE IS A CABERNET

ADVICE TO A SON
By A. Lawrence Vaincourt

You say you need no one, that you are a man
and can make it quite well on your own,
But you have a long route ahead of you, son –
much too far to travel alone.
From the home of your parents to one of your own,
and the knowledge that you are a man,
To the freedom you have from the love you have known,
is sometimes a terrible span.

No man is an island, so goes the old saw,
and those who have lived know it’s true,
And life’s heavy burdens, which now weigh you down,
are lighter, divided by two.
If it’s only a hand you can clasp in the dark,
or a warm, loving voice on the phone,
Which says you’re important and that you have worth,
it surely beats being alone.

Don’t punish yourself for mistakes in your past,
don’t say you can never go home,
But look for that someone who’ll share your long path,
for it’s too lonesome walking alone.
The star that you follow, you may never reach,
but you’ll know at life’s end that you tried;
And that on your way, you’d the love and support
of the person who walked by your side.

So don’t try to do it, son, all on your own,
for that path should be trodden by two;
And somewhere out there is a person who’ll share –
that someone who’s just right for you.

Posted by Randy Vancourt at 9:01 AM No comments:

BESIDES THAT, HOW WAS THE CRUISE? 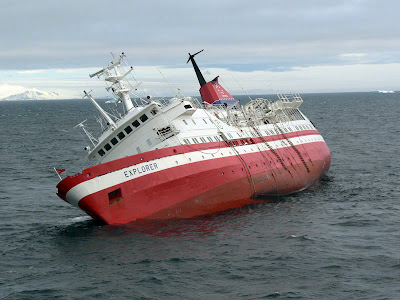 Posted by Randy Vancourt at 4:36 PM No comments:

Winter in Canada; there’s nothing like it. Although it does come around each year with some regularity, it always amazes me that it seems to be an annual surprise to so many. The first snowfall inevitably leads to careening cars and multiple crashes on our roads, as if people are experiencing these conditions for the first time.

Canadians have a history of helping each other out in times of bad weather. We push stranger’s cars out of snowbanks, shovel neighbour’s walkways and offer shelter when the electricity inevitably fails.

I grew up in a small town near Montreal and well remember the Storm Of The Century in March 1971, when we got pounded with 43 cm (17 in) of snow in one day. It was the largest single-day snowfall on record in the Montreal area up to that point; conditions were so bad that for the first time in history the Montreal Canadiens actually cancelled a hockey game!

That winter we went on to receive 380 cm (152 in) of snow and I recall walking along the streets in my hometown, unable to see the houses for the snowbanks. It made for a terrific winter of sledding, and we even spent some time jumping off the roof of our house – which to be fair wasn’t much higher than the snow.

I happened to be back home this past December when we broke that single-day record. Between 45-50 cm fell on December 27th, which made me very happy that I had traveled there on the 25th. Of course as I was leaving the province a few days later I still saw cars driving into ditches and sliding into poles, as if totally oblivious to the poor road conditions.

Coincidentally (and now I’m beginning to suspect I may somehow be to blame) I was also in Quebec for the holidays just before the Great Ice Storm of 1998 walloped that province, Eastern Ontario and New Brunswick. Thankfully I had the great good fortune of leaving town on that fateful morning of January 4th, and missed being stranded there by a mere few hours. That storm eventually required calling in the army, making it the largest deployment of Canadian military personnel since the Korean War.

Yes, that’s right. Toronto is not the only place in Canada, or even the first, that ever called in the army to help out in cases of extreme weather, although one wouldn’t know that by the mockery it has had to endure ever since the storm of 2000.

I must confess that I have lived in Toronto for many years, so I got to enjoy first-hand our very own “Snow-mageddon” when this city was pummeled by 80 cm. Yes, 80 cm of snow...almost twice the amount of Montreal’s largest single-day snowfall in history. Traditionally not a city that has had much experience with such large storms, Toronto had less snow clearing equipment, and budgets a good deal smaller, than some other Canadian locations.

The city came to a standstill. The limited equipment (which had been loaned to Quebec two years earlier when that province needed help) just wasn’t up to the task. Closing down the economic engine of our country for any length of time could have been a financial disaster, so the mayor made a difficult decision.

Granted, that particular mayor was a bit of a buffoon (hmmm – I’m sensing a pattern with Toronto mayors) but as someone who lived through the experience I still believe it was the right thing to do. A paramedic friend of mine told me at the time that if it had not been for the army vehicles helping ambulances move through the clogged streets, several of his patients would have died before reaching a hospital. I imagine those folks, and their relatives, never regretted the mayor’s decision.

Coming from Quebec I understand that many Canadians need to dislike Toronto. In fact before I moved here I had assumed Montreal and Toronto had some sort of bitter, long-standing rivalry. Or so The Montreal Gazette always led me to believe.

Imagine my surprise to find that this rivalry is entirely one-sided. In my 30 years here I have yet to meet one Toronto native who doesn’t speak excitedly about taking a weekend trip to Montreal, visiting Vancouver or traveling our eastern coast.

So to the Quebec driver who, as I was pushing his car from the snowbank into which he had inexplicably driven, asked where I was from. I responded, “Toronto,” and he laughed, “Have you called in the army lately?”

I trust he’s still in that snowbank.